An American House Party of Color

A look into the White House

As Congress goes back to work and White House Tours start to go back to their normal schedule, we thought this might be a suiting time to show you a more extended look around of the famed presidential home.

You may remember our White Spaces blog awhile back which featured the presidential residence. On that blog we mentioned that the house was filled with several specific colored rooms.

We’ll start our tour on the State Floor in the Green Room. 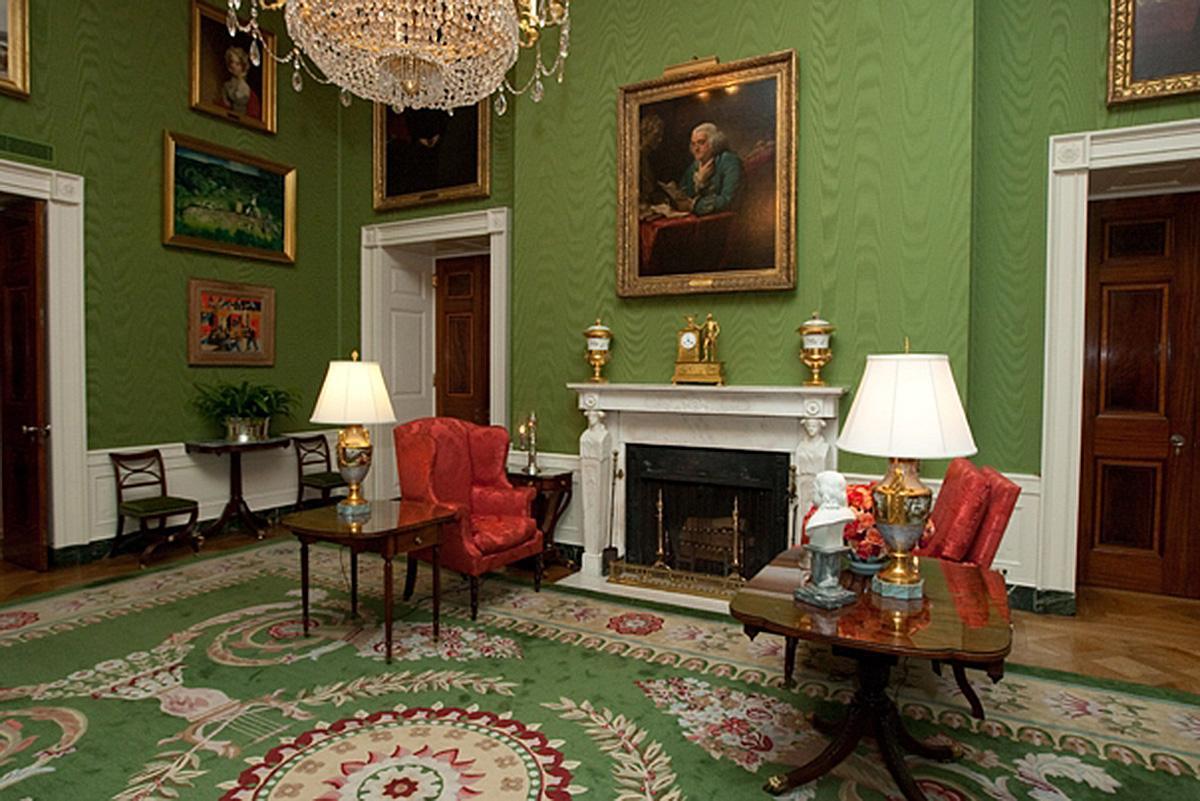 Originally a dining room during Thomas Jefferson’s time, the room was called as such due to its green canvas floor. The room has served tea and acted as a parlor for several receptions. Some notable famous receptions included Frances Cleveland and Edith Roosevelt.

Next on the tour is the Blue Room.

The Blue Room was once named not originally for its color, but its shape. Architect James Hoban was responsible for the elliptical oval shape. However this name was changed in 1837 when Martin Van Buren stepped in.

The room also holds reception of formal nature. Rutherford B Hayes received the first Chinese diplomatic delegation here in 1878. Additionally the first and only sitting president married in the White House itself, Grover Cleveland, was married in this room on June 2nd, 1886.

The Red Room has served as a “smoking room” where presidents such as Teddy Roosevelt and other gentlemen of the time convened for cigars and brandy. The room is for after dinner and receptions catering to both male and female elite members, guests and other dignitaries to the White House.

The Red Room features an entire suite of decadent and elegant formal furniture in “Crimson Plush” to accent its red walls and musically minded objects. A pianoforte, placed during the John Quincy Adams administration, is one reason, for example, why this room is also considered the “Music Room.”

Thus ends our colorful tour of the American House. Whether its something formal you are looking to do with the colors in your home (presidential or otherwise) we hope that you will consider using one of our Preval Sprayer or vFan Airbrush Systems to make it happen. Will you be bringing the magic of one of the White House rooms to your home soon? Did you enjoy the tour? Please let us know your thoughts in the comments or on one of our social networks.