A Cinematic Trip into Color Palettes Color Palettes used in the movies

If cinema had a Willy Wonka, it’d be Wes Anderson. Famed cinematographer Wes Anderson recently announced his latest upcoming new movie “Grand Budapest Hotel.” The man is no stranger to color and gorgeous application. Today’s Preval trip into color is into the world of Wes Anderson.

The colors of his films are just as integral as the writing and acting that accompanies them. The tone is paired in a grand melody of very specific color palette choices.

Fans of the films can probably remember significant panels of color within beloved scenes. It is not coincidental. It is the mark of a truly open eyed artist with a master’s understanding of the world of color.

The trailer for the newest film features the scene in the image below. Can you guestimate what colors may be amongst his color palette this time around? 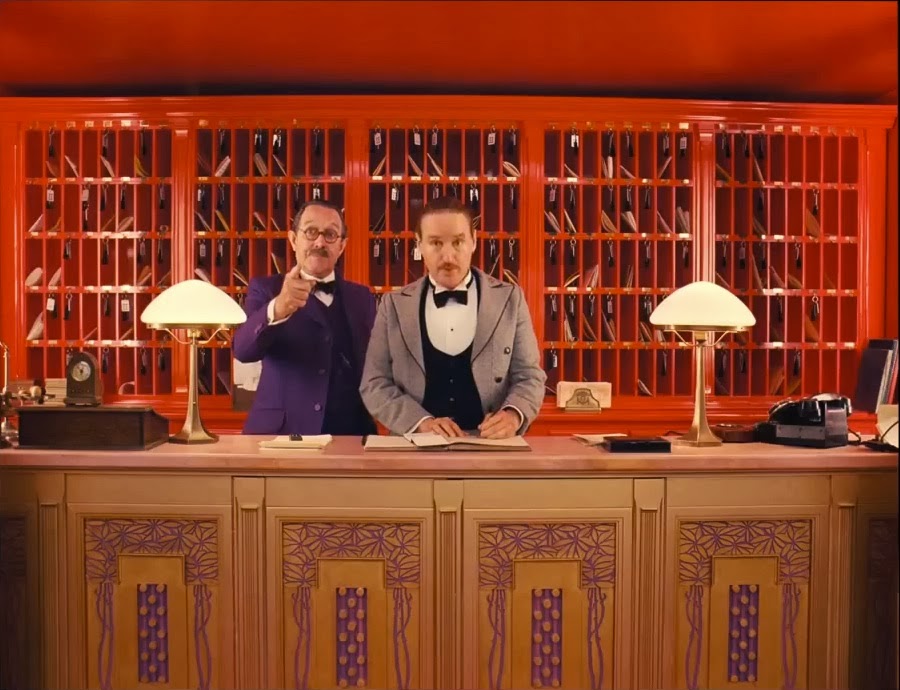 But this is nothing new for Wes as fans all know. Wes has a way with maximizing even a single color application in a scene. In fact, it may be part of his trademark genius.

Take, for example, the small teaser film he made that accompanied “The Darjeeling Limited.” Despite only being a short 13 minutes in length film, fans of “Hotel Chevalier” will forever remember his use of the bright color yellow.

And then there is a hush but still bold use of color placement matching the main character’s outfit in “Moonrise Kingdom.”

Color choices can also be less rampantly dominant but still be equally memorable. Who couldn’t forget that infamous red beanie donned by Steve Zissou and his crew aboard “The Life Aquatic?”

Are you bold enough to unleash your inner Wes Anderson/Willy Wonka? With one of our Preval Sprayers or vFan Airbrush Systems… or even the weightless new Gravity system, making that magic happen is even more possible. Life is a cinematic composition of color. Let us help you breathe life into your projects and bring that to your reality.